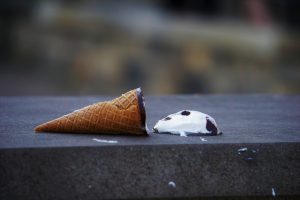 Mistakes are part of the dues that one pays for a full life.
-- Sophia Loren

Tips to avoid some classic traps.

Too many advocates don’t learn about the history and culture of the system they want to influence. Their naiveté can doom a good idea and waste a lot of time. Too often, a group of advocates works for a couple of years to get a bill passed, only to find that it doesn’t get implemented because there was no money for it in the budget. So they work for another couple of years to get it funded. But it still isn’t implemented, because no one talked to the agency that was supposed to do it. Ask people with experience about all the steps involved and how to approach them.

2. They don’t have to “get religion”, they just have to vote yes.

We all care deeply about our causes, but that doesn’t mean that everyone else will. A very wise Senator said this to me while I was lobbying one of her colleagues. I explained the issue and got his commitment to vote for it. But instead of saying thank you and leaving well enough alone, I kept pressing. Just let it be – they don’t have to become a convert, they just have to vote yes.

3. Don’t leave without closing the deal.

Too often an advocate makes a case with a policymaker, who says they agree completely, this is a serious problem, Connecticut really needs to address this, etc. The advocate leaves feeling great, having made her point, but later learns that the policymaker didn’t support the proposal. It’s human nature to hear what you want to hear, but advocates need to listen carefully. If you want them to vote yes, ask for their vote specifically. If you want them to fund a program, ask for it specifically. Be polite but endure the silence as you wait for their answer. Make no assumptions.

Programs are not done even when they are implemented – they have to be evaluated and adjusted accordingly to be sure they are solving the original problem. It is critical to pay attention all through the process.

Policymakers have to balance a lot of very worthy competing interests. You won’t win every time. Be gracious, don’t burn bridges, and wait for the next opportunity. Near the end of the legislative session and committee deadlines, a great deal of pressure builds, tempers run high, things are said, and feelings get hurt. Don’t take it personally.

6. Be patient but persistent.

Calvin Coolidge said, “Nothing in the world can take the place of persistence. Talent will not; nothing is more common than unsuccessful men with talent. Genius will not; unrewarded genius is almost a proverb. Education will not; the world is full of educated derelicts. Persistence and determination alone are omnipotent.”

Nothing happens overnight. Put your idea out there and tend it. Monitor and wait for opportunities.

7. Advocates must be flexible.

If your proposal won’t work, for whatever reason, find another that does the same thing. Challenges can be political, financial or just personal. Find a way around it. Get creative – repackage it, route it through a different agency, whatever.

These are just a few of the common traps. Hopefully this will help you avoid them.

Tips no advocate should forget

If you only have five minutes