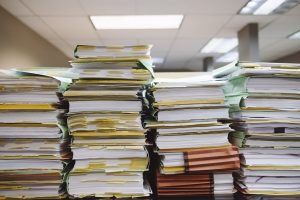 Photo by Wesley Tingey on Unsplash

Once your bill passes into law, it usually must be implemented by an agency. Despite the new law, there is generally little you can do to make them do it. It is not as easy for advocates to influence agency administrators as legislators. Many agencies are understaffed and overworked, and you are usually trying to add to their workload. Agency staff do not generally succeed by embracing new, revolutionary ideas.

To get your proposal implemented, you need to work with agencies and the adminstrators that run them.

Unlike legislators, administrators are not elected by the voters. They do not answer to us but generally to many other layers of administrators, who eventually answer to an elected official.

Civil servants usually test for their positions. They are immune to political influences and changes in administration. This allows them independence and provides historic continuity in government operations between administrations.

Administrators can be very influential. An agency can easily kill a bill, if they choose. Even if you get the bill passed, and get money in the budget for the program, if the agency doesn’t want to do it, it likely won’t happen.

Advocates are advised to discuss their idea with someone from an agency early in the process. How to do this varies depending on the idea, the agency, the cost, history and a dozen other variables. It is best to take your cue from your champion or lobbyist.

There are several ways to move an agency or administrator.

You could make their lives easier, such as offering to write a grant or paper, conduct research, hold a conference or seminar on an issue they want to address, invite them to visit your site, send them background information and updates, and work with them on shared legislative priorities. They can also respond to bad press, legislative advocacy, or playing to a competing agency.

A great way to influence administrative policy is to get appointed to a state task force, council or commission addressing your issue.

Serving on a Taskforce

Visiting with a policymaker

Directions to the CT State Capitol and Legislative Office Building

Bulletins – many administrative meetings are held at the Capitol or LOB

Speak Up: Tips on Advocacy for Publicly Funded Nonprofits, Center for an Urban Future