Marie responded to a postcard mailed to licensed hairdressers and barbers in CT asking if they were uninsured or about to lose HUSKY. Her husband, John works in a barbershop full time but without health benefits for himself or his family. She called to get help in advocating to keep her family on HUSKY. In assessing their circumstances, it appeared that they were never over income and shouldn’t have lost HUSKY.

Marie lost HUSKY in December 2003 for reasons that were never clear. The notice also said that her son, Sam who is now ten, would lose HUSKY but he was reinstated before the cut off date. Marie filled out all the paperwork the state asked for but never heard back. She and the advocates working on her case made dozens of calls that were never answered. Eventually four months later Marie was reinstated, but not John. It took another six months to find out from the state that because John is Sam’s stepfather he is not eligible for HUSKY, even though he is supporting both Marie and Sam financially. John is still without insurance.

Marie worked for the state for nine years as a secretary in human relations. She had “great coverage” then, “everything was paid for.” When she lost her job, she went back to school to become a nurse and hopes to finish up in a year. She and John have been married for two years. He has worked as a barber in other people’s businesses for years, but hopes to open his own shop some day. 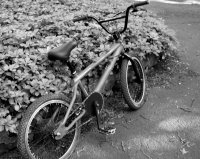 Marie was in a car accident two years ago and was in the hospital for four days. She is still in some pain and has trouble bending over and lifting things. She’s had irregular vaginal bleeding for months; she’s had some tests but no one seems to be able to find the cause. She has had extensive dental work. When she became uninsured, her bills began to mount and she couldn’t continue to see her private gynecologist and dentist. But she is getting good care at a clinic in Bridgeport, where she feels very comfortable. When she was uninsured, she delayed getting care. “I would hold off as long as I could.” Unlike most uninsured consumers, Marie negotiated fees with providers and tried to call around for prices.

John has high blood pressure, diabetes and high cholesterol. He also goes to the clinic in Bridgeport for his care. He takes three medications that cost over $100/month, relying on samples and drug company programs.

Marie looked into COBRA coverage after she lost her state job, but it was far too expensive. She “looked around” for coverage, responding to ads and flyers that came in the mail, but all the quotes were too high. She saw a “huge difference” when she switched to HUSKY. “I’ve seen both sides.” She felt that she and her son were treated differently; people talked to her instead of listening. She said she had to wait over a month longer for appointments on HUSKY compared to private insurance. But she is grateful for HUSKY and knows it was far better than having nothing.

Marie has several outstanding medical bills, some over a year old. She owes a hospital $3500, one doctor $300, and another $175. She is paying the minimum payments of $35/ month, which is all they can afford right now. “The billing people treat you terribly. They act like it’s coming out of their own wallet.” She knows that those payments just cover the interest on the bill. “I’ll be paying that forever.” Her medications are $85/month. Thankfully HUSKY now covers those bills.

Marie knows that even the HUSKY she has is tenuous – she understands that she could lose it at any point. She hopes when she graduates to get a good nursing job with benefits. “My family is my priority.” She is taking care of her health including getting preventive care at the clinic. She had just started the Atkins diet when we first met and she is making time to exercise. They are still trying to find a way to get coverage for John.

When asked what should be done to solve the problem of the uninsured, Marie replied “if a person needs care, there should be assistance available.” “It’s cruel to turn people away just because they don’t have money.” She believes that those who can should pay. But the costs have to be more realistic for families. “You have to be dirt, dirt, dirt poor to get any kind of help.” “We just need something to help, to give us a little edge so we can get ahead and we won’t need help anymore.” “I pay taxes too. I’ve been working since I was sixteen.” “People just need a chance.” “There are honest people who really need insurance at the moment. It doesn’t mean forever.” “The state has to have something in place to help people.”