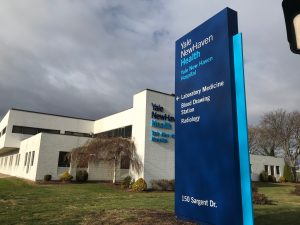 Yesterday Yale-New Haven Hospital responded to questions from the state prompted by community and advocate concerns at a recent public hearing about their controversial plans to shift primary care for 28,500 people.  Technically patients at the new YNHH site would be attributed to the Fairhaven and Cornell Scott-Hill health centers for billing purposes but would still be cared for by YNHH clinicians and staff. Concerns include higher costs to the state and to uninsured/underinsured patients, transportation barriers, quality concerns, and loss of access to pharmacy and family planning care. The state asked YNHH and the clinics to describe their plans to address transportation barriers and higher patient charges if the plan is approved. Regarding transportation, the clinics ruled out creating a shuttle service from the former clinic sites to the new one. They would implement assistance through Uber for some patients to make it to their appointments. They also expect Medicaid members to use the state’s troubled transportation contractor, Veyo. This could potentially raise costs for the state, in addition to other new state costs, and affect access to transportation for other Medicaid members in the New Haven area, which has been a serious problem. The clinics also say they would advocate for more direct bus routes, but no details are given. Regarding significant costs of care for uninsured and underinsured patients at the new site, the applicants point to the clinics’ existing hardship policies and commit to seek regulatory approval for a patient assistance fund.