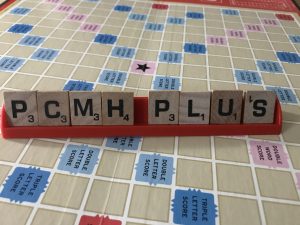 Despite DSS’s declaration that Wave 1 of PCMH Plus is a “substantial success”, there was nothing meaningful to support that view at MAPOC’s Care Management Committee meeting last week. Lacking information, DSS has rushed ahead anyway to significantly expand the program by 174%, raising enrollment from 66,325 to 181,902 this month. PCMH Plus is DSS’s risky, new shared savings experiment. PCMH Plus’s financial model, which has not been successful in other states and programs, is very similar to the managed care capitation model that “failed spectacularly” in CT in the 1990s. Advocates have urged the state to assess the impact – both potential benefits and harm – to members, taxpayers and communities before expanding the program, but DSS is not listening. DSS offered that few members have chosen to opt-out of the program and has a low rate of consumer complaints as evidence that the program is working and no one is being underserved. However DSS consistently ignores that the notices sent to consumers at the beginning of the program were eroded after political interference precipitated by health systems that receive PCMH Plus payments, causing great confusion about the change and members’ rights to opt-out or complain. Member notices are required when state Medicaid rules change, as in PCMH Plus, to give providers a financial incentive to deny needed care. Unfortunately, the newest notices going to members this year are even worse, with no mention of financial incentives to deny necessary care at all – the reason for the notices. DSS stated that they have “no indication” that underservice is happening. That may be true as they aren’t looking for it.

Consultants and DSS also reported on a very small sample PCMH Plus Mystery Shopper Survey with mixed results regarding appointment availability and self-reported activities by PCMH Plus health systems. Questions were raised about low numbers of members receiving behavioral health screenings, when the foundational PCMH (no Plus) program pays health systems to screen everyone already.