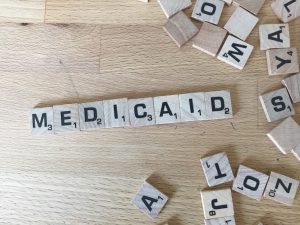 PCMH+, CT Medicaid’s experimental move back into financial risk that now impacts just over 100,000 people, survived the budget cuts – sort of. The PCMH+ budget was cut from $500,000 (state costs) last year to $300,000 this year, but the SIM federal grant has been devoting a lot of resources to the initiative. We have no idea what CT’s SIM program is spending on this, or on anything actually. Contracts for the current nine ACOs have been extended to March. It is still expected there will be an RFP for a new round to add another 250,000 people to the program. No meaningful evaluation of the impact on the first 100,000 will not be available until well after March. In a webinar last month, Mercer reported on their administrative evaluation of the program, which only looked at policies and procedures, not outcomes, health impact or costs in the program. They did interview two consumers from each ACO, but the consumers were chosen by the ACO, not randomly chosen. Mercer’s evaluation addressed only a couple of independent advocates’ concerns, and found only a few, minor problems with the program. We don’t know how much this evaluation cost the state.
At last month’s Medicaid Council meeting, as required by law, DSS reported on the fate of the last group of 18,903 HUSKY parents who lost coverage in the budget cuts of 2015. The federally-required reassessment of the members found that 7,694 (40.7%) remained eligible under a different category. But as of October 25th, only 2,387 (12.6%) were covered by Access Health CT, CT’s health insurance exchange, leaving 8,822 working parents (46.7%) without coverage and likely uninsured. This doesn’t bode well for the 9,200 more HUSKY parents cut off the program in the latest budget.
Friday’s MAPOC meeting at 9:30 am in Room 1D of the LOB will focus on the over 100,000 low income seniors and people with disabilities that are losing Medicaid subsidies to pay their Medicare costs.
Posted in HUSKY, Medicaid