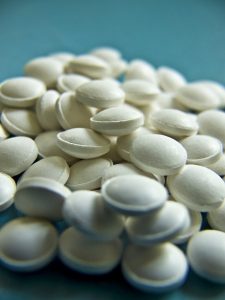 Between 2010 and 2016, antibiotic prescriptions per person have declined 8% in CT, according to a report by the Blue Cross Blue Shield Association. The rate declined even faster (15%) for children. Unfortunately, CT’s rate is still higher than all but 16 other states. Overuse of antibiotics is blamed for contributing to the rise of antibiotic-resistant bacteria or “superbugs”. Every year 2 million Americans become infected with bacteria that do not respond to antibiotics and 23,000 die of that illness. Public health officials have been working to bring down the rate of antibiotic prescribing, especially for conditions that do not respond to antibiotics, e.g. most colds which are caused by viruses.
In more good news, the biggest drop in prescribing was for broad spectrum antibiotics, the most likely to trigger antibiotic resistance, which declined 18% in CT from 2010 to 2016 compared to 13% nationally. Unfortunately, a great deal of work remains. The study found that last year 63% of antibiotics were prescribed for conditions which might be appropriate and another 21% for conditions which were not indicated.
Posted in public health