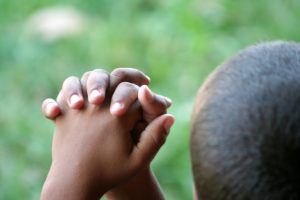 MACPAC estimates that, without federal extension of funding for the CHIP program, CT will run out of funds in February. Our state CHIP program, also called HUSKY Part B, provided subsidized coverage 17,133 children as of August 1st. Created by Congress in 1997, the CHIP program has provided coverage to 3.67 million children across the US living in families with incomes just over the Medicaid limit. CT receives an 88% federal match for both HUSKY B children and HUSKY A children (Medicaid) living in families with incomes over 138% of the federal poverty level. This match provides CT with over $70 million in reimbursement yearly for children’s health coverage. All states will run out of funds by July of next year. At Friday’s Medicaid Council meeting, DSS stated that without a federal extension, they will have to close down the program in mid-December to cover obligations when current funds run out. Created by Like Medicaid, CHIP is jointly funded by states and the federal government, but is administered by states. Current CHIP funding expires on September 30th of this year. The program has bipartisan Congressional support but advocates are concerned that legislation to extend CHIP could serve as a vehicle to cut Medicaid or repeal parts of the Affordable Care Act.
Posted in HUSKY