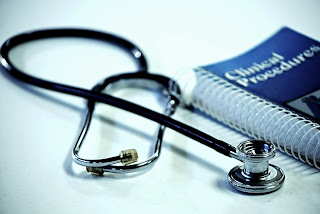 From CSG-ERC’s Annual Meeting in Connecticut
Mapping the first human genome in 2000 cost about $4 billion; today, it costs about $1,000.
The cost has come down because of investment, and because of the important role genomics is playing in medicine today, according to Dr. Murat Gunel, a professor of neurosurgery, genetics and neuroscience at Yale University, who spoke during Sunday’s luncheon plenary, “Genomics and Precision Medicine: Investing in the Future of Health Care.”
“We have all recognized the power of genomics,” Gunel said. “This is clinical. This is making a difference in our patients’ lives everyday.”
Plus, he said, “this is the new Internet race.” Various nations are investing in the research, recognizing the main race now is learning how to decode the genomic makeup of people to understand their diseases. It is one of four areas in which China is making multi-billion dollar investments. The U.S. also has made significant investments in the area, starting with the 2000 investment in mapping the first genome.
“You can imagine the impact it will have on our health care system if you can predict a disease before it starts,” he said.
Now, for the most part, while the ability to diagnose disease is evolving, treatments are often a best guess based on effectiveness over a general population. Genomic testing will allow for precision—also referred to as individualized—medicine to treat patients based on many factors.
But, Gunel cautioned, “genomics in isolation does not mean much.”
He said that information must be combined with what is known about the quality of the air or water in a person’s environment or about how much they exercise, for example.
Having that information for individuals can help them tailor their lifestyles to improve their health. Even so, Gunel said a bigger purpose would be to use that information in population health. Precision medicine has already seen some success, such as addressing newborn diseases, prenatal diagnosis, pharmacogenomics and individualized treatment for cancer, he said.
That’s because genomic testing has increased the number of genes that can be tested. Gunel said cancer patients are looked at with regard to their genomic makeup. That ability has helped bring a 30 percent cure rate for metastatic melanoma, he said.
It’s changing the way diseases are treated. For instance, now everyone diagnosed with lung cancer is given the same treatment, according to Gunel. With genomic testing, physicians are able to understand the baseline risks individuals have and make specific lifestyle recommendations to help prevent the diseases. Then, if the disease occurs, “we could diagnose it faster and give more effective and more individualized treatments.”
While precision medicine will have major impacts on health care, Gunel said it could also bring $1 trillion in economic growth. That could impact the development of things like new medicines and the creation of new fields to fill such roles as genetic counseling and computational biology—the people who can run the artificial intelligence (AI) in the data center.
“We think the number of people we are going to need in that field is going to ramp up tremendously,” said Rich Lisitano, vice president at Yale-New Haven Hospital.
Posted in research