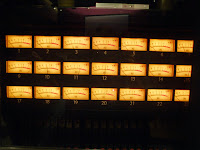 CT’s August Health Reform Dashboardremains mixed. Medicaid policy development and implementation remains mired in mistrust, rushing ahead without data, quality problems, and a lack of transparency while state officials refuse to answer questions. The new state HIT plan is travelling the same troubled path from the past but thankfully physicians and others are just getting it done, despite state government. The state budget remains dreary but ACA repeal and replace efforts were dealt a setback when the latest bill died in the Senate. In other good news, the Health Care Cabinet is digging into our work to control drug costs in CT with new workgroups to develop options. Growing mistrust remains at the core of problems in CT.
Posted in CT Health Reform, Health Report Card