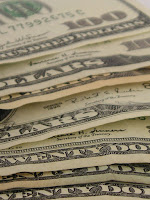 Thursday morning Senate leaders published their plan to replace the Affordable Care Act and modified it earlier today. The Senate proposal closely follows the bill that passed the House in May. According to today’s Congressional Budget Office’s report, the Senate bill would increase the number of uninsured Americans by 15 million next year and 22 million by 2026, including 15 million losing Medicaid. Increases in the uninsured rate would cross income and age categories, but would fall hardest on low-income and older Americans. The Senate bill would reduce Medicaid funding to states more than the House bill but spreads those cuts out over three years. Under the Senate bill, Medicaid funding to states would drop by $772 billion by 2026. According to the CBO, “With less federal reimbursement for Medicaid, states would need to decide whether to commit more of their own resources to finance the program at current-law levels or to reduce spending by cutting payments to health care providers and health plans, eliminating optional services, restricting eligibility for enrollment through work requirements and other changes, or (to the extent feasible) arriving at more efficient methods for delivering services.” CBO also estimates that the Senate bill would increase private insurance premiums by 20% on average next year but lower them beginning in 2020 when plans could be less generous. By 2026 premiums would be 20% lower than under current law, but because of less generous plans, consumer out-of-pocket costs would be higher. CBO predicts that some people will “experience substantial increases in what they would spend on health care” depending, in part, on whether states choose to waive Essential Health Benefit standards in current law.

The Kaiser Family Foundation has published a side-by-side comparison of ACA repeal and replacement proposals.