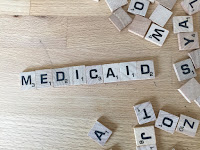 Connecticut would lose $5.9 billion in Medicaid funding from 2019 to 2028 under the American Health Care Act passed by the House last month, according to a new report from the Urban Institute and the Robert Wood Johnson Foundation. Connecticut would likely not be in a position to fill that funding gap with state funds. The authors note that provider rate and benefit cuts are unlikely to generate much in savings. If the AHCA passes, Connecticut would have to decide whether to fill some or all of the gap with state funds and/or cut eligibility to ease state funding. If Connecticut chooses to cut only the 168,300 people estimated to have gained coverage under the Affordable Care Act by 2022, the state funding gap drops to $900 million over those ten years. If Connecticut chooses to cut eligibility enough to keep state Medicaid spending level, 179,600 more people would be uninsured by 2022. The report’s authors point out that their estimates are very sensitive to changes in Medicaid spending growth and per capita cap growth rates.
Posted in Health Reform, healthcare costs, HUSKY, Medicaid