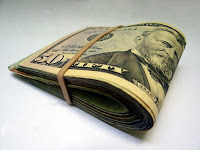 New data from CMS actuaries finds that Medicaid per capita health care spending dropped 5.7% from 2010 to 2014, better than any other state. Of note, in 2012 CT Medicaid shifted away from capitated managed care organizations to run Medicaid. Unfortunately, the rest of the CT’s market is not performing as well as Medicaid – Medicare per person costs rose 1.6% and private insurance by 2.5% over those same years. Despite the progress, at $8,058 per person in 2014, CT was still twelfth among states in per capita Medicaid spending. But for total per capita spending across all populations, CT ranked fifth among states at $9,859 in 2014. Our average annual rate of increase from 1991 to 2014 was 4.9% for total per person spending, equal to the US average. It appears the rest of CT’s market and other US states should be copying CT Medicaid’s success.
Posted in CT Health Reform, Featured, healthcare costs, HUSKY, Medicaid, Smart Savings