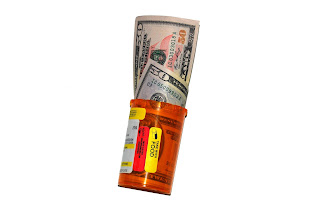 On Friday, a Maryland billto control generic drug prices passed into law without the Governor’s signature. Maryland’s Attorney General Frosh championed this first-in-the-nation anti-gouging bill. The issue was raised in response to extreme price increases in older drugs such as EpiPen, naloxone, and Daraprim. The bill requires Maryland’s Medicaid program to notify the Attorney General when an “essential” generic drug’s price rises by 50% or more over two years. The Attorney General may then require records and documents related to the price increase, seek penalties in court, or ask the court to compel the company to offer the drug to the state at the original price.   In his letter, Governor Hogan applauded the bill’s “laudable goal, to combat price-gouging of consumers for life-saving drugs” but raised legal and constitutional concerns. He also noted that the law only applies to generic and off-patent medications, missing important and costly treatments. He urged the legislature to return to the issue next session. States across the US are considering legislation to control drug costs.
Last Wednesday, Connecticut’s Senate unanimously passed SB-445, An Act Concerning Fairness in Pharmacy and Pharmacy Benefits Manager Contracts on the Consent Calendar. The bill prohibits “gag clauses” in contracts with pharmacists and allows them to disclose prescription costs, the reimbursement to the pharmacy, the prescription’s efficacy, and any alternative, less expensive medications. The bill also prohibits charging consumers more than the drug costs. Right after the bill passed, Governor Malloy sent a letter to Senate leaders criticizing the bill and an “antagonistic approach” to the insurance industry. Senate leaders are confident the bill will pass the House and, if necessary, override a veto by the Governor.
Posted in drugs