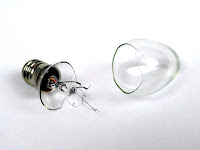 A new study published in Health Affairs raises doubts about the effectiveness of Accountable Care Organizations (ACOs) to both improve the quality of American health care while controlling costs. The study found very high physician turnover rates at a large Medicare ACO and that high cost patients were concentrated among a small minority of physicians. As patients are included in the ACO, and therefore the savings calculation, based on which physician they see – there is great potential for gaming the system. The study found that high cost patients were even more likely to stick with their physician leaving the ACO than healthier patients. If physicians with less lucrative patients leave the ACO, their patients leave with them, and the ACO can increase their “savings” calculation artificially by segmenting the patient population without either improving quality or controlling costs. As the authors conclude, “ACOs’ ability to deliberately select participating physicians year to year, however, creates a relatively simple mechanism to ‘game’ the risk pool . . . . The presence of this mechanism and the ease of its use, especially compared to the more difficult task of redesigning care, could result in an undesirable but powerful temptation for ACOs, particularly those facing financial constraints or pressing financial motivations.”
ACOs are networks of health care providers that, generally, bear some or all financial risk for the care of their attributed members. The latest trendy payment reform models rely on ACOs to control health care costs by sharing both savings and losses with the payer. ACOs are very new and experimental. Results to date have been underwhelming, both in improving the quality of care as well as controlling costs. The new study offers an explanation for that failure.
Recently, Connecticut Medicaid has moved 137,000 members into ACOs as of January 1st and intends to move another 200,000 in next January 1 without a meaningful evaluation of the experiment. The ACO gaming of shared savings payments detected in the study was anticipated by advocates in development of the model, but proposed protections were rejected.
Posted in Featured, Health Reform, healthcare costs, research, Stats & Data