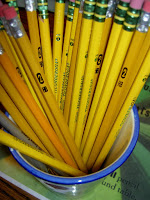 Wednesday DSS unveiled their initial plans to evaluate PCMH +, the new experimental HUSKY shared savings program that just started January 1st with 160,000 members. HUSKY’s previous experience with financial risk was a universally acknowledged failure. Contrary to promises for a meaningful evaluation of the program before moving another 200,000 members into the program next January, DSS does not plan to complete the evaluation until two months after the finalized RFP is released for the second wave of the experiment. In accord with the department’s principle to Do No Harm and only act in the best interests of members as required in federal law, advocates urged the state to ensure quality, access and cost control were not eroded in the first stage that just began. The advocates are concerned about the potential for the experimental payment model to reverse hard-won progress over the last four years that significantly improved access to care, raised the quality of care, engaged new providers to participate and saved at least $471 million. In a July letter advocates wrote, “That requirement of federal law cannot be met if the agency rushes another 200,000 enrollees into this experiment without first assessing the results of placing the initial 200,000+ there, and using what it learns to protect all of them.” Beyond that serious concern, the department’s plans for the evaluation are wholly inadequate. The plan relies heavily on desk and ACO office reviews of “operational policies and procedures”, very similar to the inexplicably glowing evaluations of HUSKY MCOs for years while the program was dramatically failing. It includes no description of any analysis of underservice, access to care, quality, movement toward PCMH certification for all primary care practices, adverse selection/cherry picking, or overspending. For example, evaluators intend to interview only two members/families of the program, and then to choose from the handpicked consumers appointed by ACOs to their advisory committees. Advocates in other states with Medicaid ACOs report deeply conflicted family members of ACO owners appointed to advisory boards as “consumers”. CT has a long history of concerns about the independence of “consumer advocates” appointed to policymaking boards.
In good news, HUSKY’s PCMH (no +) program continues its remarkable progress celebrating five years of improving access to care, quality, consumer satisfaction, provider engagement, and controlling costs.
Posted in CT Health Reform, HUSKY, Medicaid, research, Stats & Data