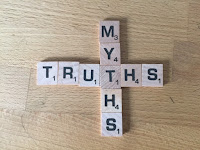 Despite best efforts by legislators, advocates, and state officials, persistent myths remain about the success of Connecticut’s Medicaid program. It’s understandable – before the shift five years ago away from private insurers to care coordination, costs were out of control, but things are very different now. We’ve looked under the hood, drilled down into details, and whacked the weeds to explore the myths and lay them to rest. Medicaid is saving the state money – both in total state spending and in per person total-cost-of-care. Compared to national per person cost growth, Connecticut has saved $471 million in the last four years. And the savings are not an artifact of bringing in a lot of relatively healthy childless adults under the ACA expansion. We know what is driving the savings – lots and lots of innovative programs. Pretty much any good idea is being tried and evaluated. The really remarkable thing about this success is that it didn’t come at the expense of improved quality, access and consumer satisfaction. In fact, they are integral to controlling costs. Connecticut Medicaid is building real value – both improving quality and controlling costs. Let’s support and continue that success.
Posted in CT Health Reform, Featured, healthcare costs, HUSKY, Medicaid, Smart Savings