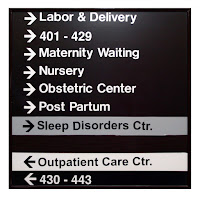 Yale-New Haven Health has chosen Deloitte & Touche to monitor compliance with conditions of their acquisition of Lawrence + Memorial Healthcare. The conditions on the unusual acquisition were set in place by the state to protect prices in the new monopoly market, protect health services for southeastern CT, oversee promised investments in the region, and to enforce ACA community benefit requirements. The monitor’s independence, including perceptions, is crucial to effectiveness. However, YNHH has paid Deloitte over $30 million over the last ten years in other capacities and Deloitte paid a million dollar fine to settle charges of violating auditor independence rules in 2015.  DPH has already approved the choice but a diverse coalition of consumers, labor, elected officials, and community representatives has called on the state to rescind that approval and support an independent choice in a transparent process. DPH also refused to meet with the coalition.
Posted in healthcare costs, healthcare markets