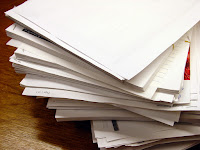 In response to questions, we’ve published two new documents about the most controversial part of the Health Care Cabinet’s Strawman proposal for health reform in Connecticut. To help in understanding how downside risk might work, and whether it works, in the context of other options, we’ve developed a fairly short downside_risk_explainer. To address points offered by downside risk proponents, we’ve also drafted a somewhat longer response to the proposal. The response answers the proponents’ arguments with Connecticut-specific context, and outlines concerns of advocates and others including the administration’s promise not to impose downside risk on Medicaid, that downside risk is experimental and very new, it is very unpopular among providers, potentially reducing our hard-won increases in Medicaid participation rates, the proponents’ economic theory suggests that downside risk will reduce investment in innovation, and the model creates very strong incentives to deny necessary, appropriate care but includes no monitoring system or policies to prevent it. In many respects, downside risk combines the worst features of shared savings with capitation, which was a “spectacular failure” in Connecticut. The response also includes better alternatives to achieve the goals of improving quality and controlling costs without the risks of downside risk.
Posted in CT Health Reform, research