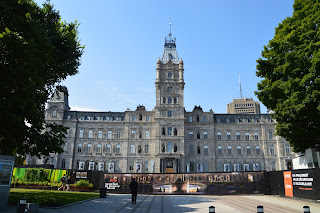 The rising cost of health care is hitting hard across North America, both in houses of government and at home, around the kitchen table, where the cost of vital prescription drugs can too often make or break a household budget.
From 2001 to 2011, health care spending by states jumped a staggering $5.1 billion across America, an increase of 59 percent. Just as families might be forced to sacrifice a summer vacation as medical bills mount, states have cut $4 billion in spending in other vital areas like education, housing, public safety and mental health, in order to compensate for the spike in health care costs.
It’s not a sustainable model, and states are increasingly taking bold steps to attempt to normalize cost drivers, specifically prescription drug costs.
Earlier this year, Vermont became the first state in the U.S. to pass legislation requiring drug manufacturers to provide pricing justification for the biggest selling drugs in the state. And in Massachusetts, the Commonwealth’s Health Policy Commission is playing a hands-on role in improving the transparency and accountability of the health care system.
One of the major issues with prescription drug costs in America is that there’s no agency that tries to value drugs before they’re available to be marketed, according to Dan Ollendorf, chief scientific officer for the Boston-based Institute for Clinical and Economic Review.
ICER is trying to change that by advocating for value-basedanalysis of new drugs as they’re brought to the market. ICER uses an impartial benchmarking system that seeks to establish a value for each new drug based on a number of factors.
“In our reports, we try to set a level on what we think is a reasonable price,” Ollendorf said. “We try to time our reports around launch of drugs to United States so the benchmarks we present will affect negotiations over pricing.”
Ollendorf believes a third-party valuation of prescription drugs adds transparency to a process that is often shrouded in secrecy, while protecting pharmaceutical companies from being forced to share proprietary information or hindering innovation.
Sara Sadownik, Deputy Director of the Massachusetts Health Policy Commission, said controlling prescription drug costs have come into focus as it implements a new law that requires new health care costs do not outpace the state’s budget growth.
“Rising costs are not an anomaly, they’re a trend,” she said, adding projections show they’ll continue to jump in the high single digits annually over the next few years before stabilizing at a 4-6 percent annual jump.
-Jesse Chadderdon
Posted in drugs