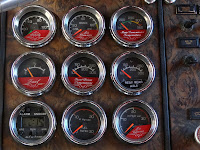 July’s CT Health Reform Dashboard update is very active. SIM ethics problems are back in the news, with the death of a bill that would have closed the legal loophole that exempts SIM appointees. The state insurance department has suspended HealthyCT, our state’s only non-profit, homegrown insurer. This is troubling on many levels including reducing consumer choice, adding to our anti-competitive market, and that non-profit, local insurers are an important partner supporting constructive health reform in other states. 11,677 working parents still face uninsurance at the end of this month due to HUSKY cuts. Only 15% have either been able to stay on HUSKY or been able to afford AccessHealthCT coverage. Advocates are urging the state to provide useful information in notices to at-risk parents. The Health Care Cabinet has completed a survey of other states’ reforms and CT’s context. Now negotiations begin on recommendations for Connecticut. The Governor’s CON Taskforce is also beginning their work making recommendations to ensure access and affordability in a competitive health care market. Next week OHCA is holding a hearing in New London to consider Yale-New Haven’s plan to buy Lawrence & Memorial’s hospital and physician groups.
Posted in CT Health Reform, Health Report Card