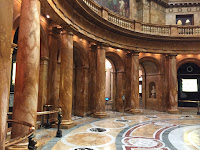 Medicaid is now the largest coverage program in the nation, consuming over a quarter of state budgets, and that share is rising at an unsustainable rate. State Medicaid programs are working on reforms to shift from a system that rewards volume with no regard to quality to a better system that builds value. Next week in Boston the Council of State Governments-Eastern Region is hosting State Medicaid Reforms: Different Models, Common Goals, a meeting of Northeastern state Medicaid policymakers, including several from CT, to learn about best practices across the US, available support and to share resources. CSG-ERC has posted three backgrounders to support the meeting. The first describes state reform models and the second outlines the status of Medicaid reforms in ERC states including CT.
Focusing on work done in CT, the third brief gives states options to prevent inappropriate underservice. As an income-based, entitlement program run by states with federal support that serves members at risk for poor health due to social determinants, Medicaid carries both unique strengths and challenges. Unnecessary over-treatment has received a great deal of attention as a driver of rising health costs in the wider health care system, but inappropriate under-service is also a problem across payer sources. As health care payment moves away from volume-based systems such as fee-for-service to quality and risk based systems such as shared savings, the potential for underservice grows. Federal regulations acknowledge, “Programs that include incentives to reduce costs for care may result in unintended consequences such as avoidance of at-risk patients, [and] “stinting” on care”. The meeting will be at the Massachusetts State House June 29th from 10am to 4pm. Click here for more info and registration.
Posted in Health Reform, HUSKY, Medicaid