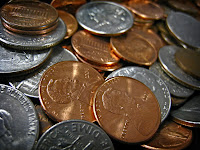 A new survey by the Federal Reserve finds that almost half (46%) of Americans last year reported that an unexpected expense of $400 would be a challenge and they would have to put off the bill, borrow from family or friends or sell something to pay it. Many who experienced a financial hardship, especially low-income Americans, used credit cards, payday loans, loans against tax refunds, pawn shops or auto title loans to pay bills. The same survey found that 36% of Americans had a health emergency expense in the last year. 2014 data finds that three out of four Connecticut workers with employer coverage had a deductible, averaging $1,547 for individuals and $3,080 for families.
Posted in healthcare costs