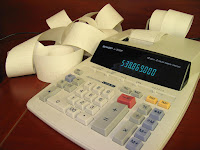 A new report finds that health care prices are higher in Connecticut than the rest of the US ranking us14th among states. Alaska had the highest average prices in the nation; Florida’s prices averaged the lowest. The reportby the Health Care Cost Instituteaveraged 2015 prices for common treatments across and within 41 states and the District of Columbia. Prices between states varied by more than double, but within states prices sometimes varied threefold and the direction is not necessarily consistent between services. For example, the average price for a knee replacement in New Haven is $37,417 – 11% higher than in Hartford. However for an ultrasound for a pregnant woman, the bargain is in New Haven, costing 64% less than in Hartford. The authors argue that some variation in prices reflects differences in labor and other underlying costs, much variation is driven by market forces such as a lack of price transparency, competitive pressures, or the availability of alternatives.