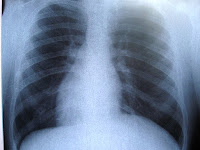 Friday’s MAPOC Complex Care Committee included a presentation on the cut to radiologists’ rates this last session. Representatives of the Radiological Society of Connecticut outlined the across-the-board cuts effective last April that dropped payments for interpreting images from 100% to 57.5% of Medicare rates, lower than rates paid by other states. The physicians are concerned that the cuts will impact Medicaid members’ access. Many private offices are no longer able to accept Medicaid patients who are shifted to hospitals which are paid higher rates than community providers. The presenters predicted that the state may not realize any savings, and consumers will have fewer options for care. Cuts were proposed to many specialty rates last year; all but radiologists were restored in the final budget. DSS stated that imaging rates are in line with other specialties, with other states, and that the state budget is very tight and cuts were necessary.