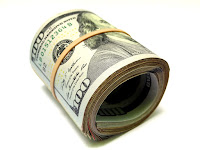 Four years after shifting from managed care organizations to a care-management focused program, CT’s Medicaid program continues providing significant relief to the tight state budget. At today’s Medicaid Council meeting we learned that per person spending was down 5.9% from FY 2014 to 2015, saving the state $360 million just last year compared to no change. Nationally however, per person Medicaid costs are growing, averaging +1.3%/year from 2011 to 2014. So CT’s savings are even greater. Per person costs for HUSKY D members, which includes new eligibles under the ACA, are about equal to the average for the program, suggesting that the reduction isn’t because we added a low cost population. Given that the reductions have continued long after the switch away from capitated MCOs four years ago, the savings are likely due to the new model. Person-centered medical homes and intensive care management are likely to be driving costs down, as they have in other programs. We also heard about important quality improvements, enrollment growth, and progress improving enrollment processes.