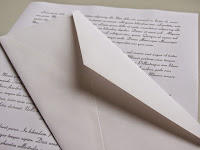 In a letter to SIM steering committee members, the Medicaid Study Group urged support for DSS’s decision to build Medicaid reforms on the successful person-centered medical home program. Specifically the Group applauded DSS’s decision to only include members served by certified PCMHs in the new, untested shared savings model being planned for Medicaid. The Medicaid Study Group includes over twenty independent consumer advocates who’ve taken a deep dive into research surrounding Medicaid reforms. Under the PCMH program, quality of care in CT’s Medicaid program has enjoyed sustained improvement, rivaling private coverage in many cases, while at the same time controlling the total cost of care. There is ample evidence of the benefits of PCMHs across states, payers and programs. Advocates are concerned that practices that do not reach PCMH standards may not be equipped to serve Medicaid members’ needs adequately in the new program. The advocates urged SIM to respect the hard work of all Medicaid stakeholders to improve the program in their recommendations to DSS.