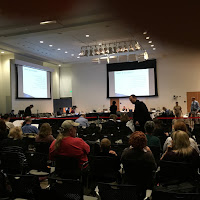 Last Thursday two FDA Advisory Committees heard hours of moving public testimony on Fluoroquinolon—Associated Disability (FQAD). We also heard doubts about the effectiveness of this class of antibiotics that is prescribed over 30 million times in the US each year. FQs were first approved by the FDA many decades ago, before better effectiveness tests. New studies question the effectiveness of FQs in treating infections compared to placebo. At the hearing, FQAD sufferers and family members described serious, but somewhat rare, neuromuscular, psychiatric and cardiac effects and deaths from taking just a few pills, generally in previously very healthy, active people. Many were given the drug as a precaution, and never had an underlying infection. We also learned that previous changes to strengthen warnings on the drug label have been ineffective; prescribers and consumers were unaware of the risks. Drugs companies that developed FQs minimized the risks and questioned the integrity of disability reporting, because most reports come directly from consumers rather than professionals. The committees recommended even stronger label language, including the risks of disability, but also asked the FDA to consider a public/prescriber education campaign about the risks, measures to ensure FQs are used only as second line therapy, and to promote informed consent by consumers using the medication.