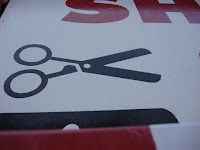 On Friday, the administration announced $103 million new budget cuts in response to lagging revenues. The biggest cut is $63.5 million in Medicaid, reportedly focused on hospitals. Community providers raised concerns about the impact of the cuts, including $7.4 million in behavioral health funding and $5 million from services for people with developmental disabilities, which follow cuts in the budget passed in June.