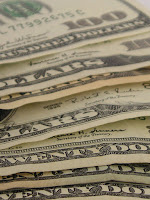 CMS’s vast shared savings experiment for Medicare has disappointed again in its second year. The plan was to encourage providers to assemble into health care systems, called Accountable Care Organizations (ACOs), to coordinate care and keep people well. The incentive was that the systems share half (or more) of the resulting savings. The only problem is that the savings aren’t there. An analysis by Kasier Health News found that last year, the second year of the program, the costs of care for patients in 45% of those groups nationally cost more than they would otherwise have. After paying bonuses, the entire program lost almost $3 million while it was expected to save  $10 – 320 million in 2014. Pundits are spinning hypotheses for the disappointing results and Medicare officials say it will eventually work.
Unfortunately CT’s ACOs performed even worse than the national average. Among the ten ACOs serving CT Medicare beneficiaries, only WESTMED Medical Group in Purchase NY earned a savings bonus from Medicare last year. Collectively those ten ACOs spent $12.5 million over what care would have cost without the program. Among the four ACOs that serve only CT residents (Hartford Healthcare, MPS, ProHealth and St. Francis together covering 82,027 people) none earned a bonus and they collectively spent $14 million over targets.
CT’s administration, through their SIM plan, has encountered serious challenges with plans to put every state resident into this same shared savings payment model. Advocates are especially concerned about a rush to put 200,000 Medicaid members into the untested model by July 1, 2016. Details of Medicaid’s ACO program must be set in two weeks to meet that deadline and dozens of critical decisions haven’t been explored. CT’s budget could be hit hard if this program doesn’t perform. If CT’s Medicaid ACOs perform as they have for the Medicare program, the program would cost an extra $93.7 million/year.
Posted in conflict of interest, healthcare costs, HUSKY, Medicaid, research, SIM, Smart Savings, Stats & Data