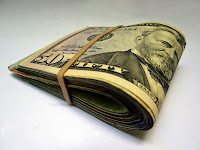 A search of CT health insurer rate review submissions on ratereview.healthcare.gov  finds eight plans seeking approval of over 10% increases in premiums for next year. The Affordable Care Act requires that insurers planning significant rate increases must submit those proposals for government review. The same search found only two CT plans proposed increases over 10% for 2014 and none did for this year. The eight include both on and off exchange plans, and are offered by Anthem, Celtic, Cigna, Golden Rule, Time Insurance Company, and three from United Healthcare. Average requests range from 10.09% to 32.9% on average, but individuals may experience much higher or lower increases. While most of the plans are expected to impact less than 4,000 people, Anthem’s plan is expected to affect 55,000 CT residents.