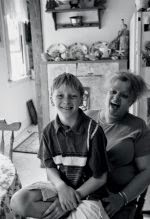 According to a CT Mirror report, the budget approved by the legislature and Governor today eliminates coverage for up to 25,000 HUSKY parents with household incomes over 150% of the federal poverty level. The deal exempts pregnant women. While tragic for those families, the Governor’s proposal would have cut more parents and pregnant women at even lower incomes. To comply with federal law, the state must extend coverage to some parents for a year, and must first review people for coverage in other categories. Policymakers expect parents cut off the program to purchase coverage on the state’s health insurance exchange – coverage that is less comprehensive, with premiums, deductibles and copays that many working families will not be able to afford.

In 2003, the last time the state cut off HUSKY parents, the results were devastating for families. A study following eight families as parents coped without coverage documented the impact. One working mother, a substitute teacher, was unable to afford to continue taking her medication and had a heart attack. She then qualified as medically needy and over the next six months she recovered (racking up significant personal debt and costs to taxpayers) and returned to work. But she suffered another heart attack just a month after her coverage lapsed, this time far more serious. The costs to her family and taxpayers far exceeded any savings and policymakers wisely restored eligibility levels in 2005.
The current deal also reportedly includes some cuts to Medicaid providers, home care for seniors and mental health provider grants, although less than the Governor asked for.
Posted in Budget Process, HUSKY, Medicaid