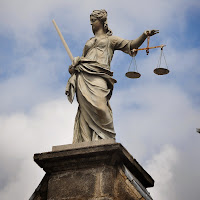 At yesterday’s meeting, the state Ethics Commission issued an opinion that, due to a giant loophole in the law, SIM committee and Consumer Advisory Board (CAB) members are not subject to the Code of Ethics for Public Officials but acknowledged significant potential for conflicted interests and so recommend that SIM adopt such a policy voluntarily. The Code prohibits members of committees like SIM from benefitting from decisions and funding related to their service on the committee. Unfortunately the statutory definition of a public official includes only gubernatorial and legislative appointees; the Lieutenant Governor appoints all SIM members.

SIM has been granted $48 million in federal funds to spend and intends to change the payment standards for CT’s entire $30 billion health system. If it works as intended, SIM’s decisions will touch every life in the state.
It is critical that all SIM decisions on standards of care and spending are ethical and not driven by self-interest. For six months, independent advocates have been trying to proactively prohibit conflictsof interest by SIM and CAB committee members to ensure the best decisions are made from the beginning. We did not want to file a “gotcha” complaint after a problem occurs, but to prevent them. Over the last six months, we made a proposal to the CABand sent a sign on letter to the Lieutenant Governor urging them to adopt the Code of Ethics that applies to all other policymaking and grant making groups in the state. We have received no answer and no action has been taken. In January, we requested the opinion from the Ethics Commission.
Unfortunately in the meantime, exactly the situation we were trying to avoid has happened. A member of the SIM steering committee has applied for support for his organization under a $650,000 RFP issued by SIM. That same member appealed to another SIM committee that he is not a member of to ease their standards so his organization could qualify. The committee agreed and he then reportedly applied under the lower standards.
Advocates argued to the Commission that this could not have been the legislature’s intent and called for a change in the law to close the loophole and, in the meantime, for SIM to halt current procurements that violate the Code of Ethics. Commission members agreed and thanked the advocates for being proactive in preventing ethical violations. They discussed plans to seek changes to the law and to send their own letter to the Lieutenant Governor recommending SIM adopt strong ethical policies voluntarily until the law is fixed. Unfortunately the questionable RFP procurement is now in process.
Posted in conflict of interest, SIM