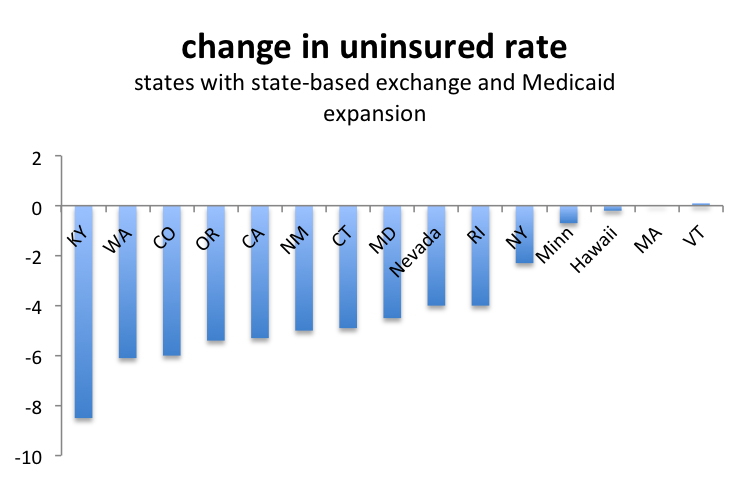 A survey released yesterday conducted by AccessHealthCT found that 53% of people who signed up for coverage through the exchange this year were previously uninsured. The question asked if anyone in the enrollees’ household had insurance in the past year. Interestingly the percent of households previously uninsured differed little for those who enrolled in Medicaid (55%) vs. insurance (52%). The survey suggests that the exchange moved just over 40,000 uninsured CT residents into private insurance this year. AccessHealthCT’s survey methodology is not available at this writing.

A national Gallup survey released Tuesday found that CT’s uninsured rate dropped from 12.3% last year to 7.4% this year. Gallup found that states, like CT, that both expanded Medicaid and implemented a state-based exchange experienced the largest gains in coverage – possibly due to larger shares of federal outreach funding. Among those states, CT ranked seventh in overall coverage gains.
Posted in conflict of interest, CT Health Reform, insurance