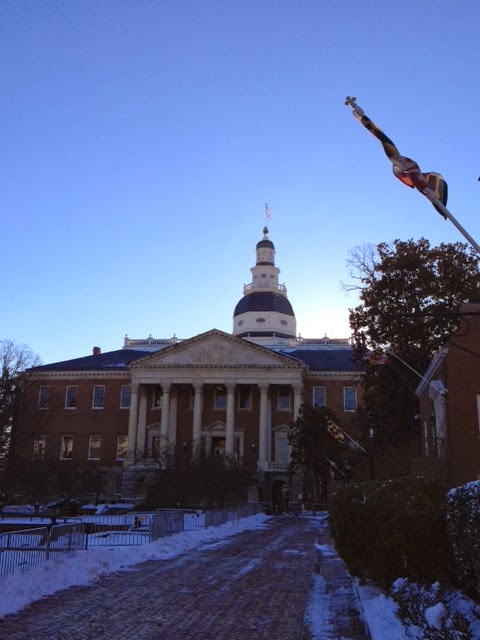 It’s been a fascinating CSG/ERC state capitol visit in Annapolis over the last two days. In meetings with policymakers I’ve heard a range of opinions and emotions on MD’s insurance exchange – from optimism that eventually it will start working to calls to scrap it and revert to the federal exchange. By all accounts, the exchange has not met early expectations that MD would be a national model. Many legislators expressed anger but some are optimistic that the problems will be worked out. Yesterday the legislature passed emergency legislation to cover people who tried to sign up through the state’s high risk pool. Policymakers were very interested in hearing about the experience of other states, Medicaid outreach tools, and eager to get policy tools that control costs while improving quality.

Most are carefully optimistic about Medicare’s approval of MD’s new waiverfor all-payer hospital rate setting. Rather than limiting payments by admission, the new plan places a limit on per-capita growth in hospital costs (inpatient and outpatient) at 3.58% for the next five years. The new plan does not change the fundamental entitlement to Medicare and Medicaid and makes no changes to covered benefits. The plan also includes important goals to reduce readmissions and preventable admissions. Legislators had lots of questions about MD’s SIM process and plan expected in the next month.
Posted in Health Reform