This year’s CSG/ERC annual meeting in Puerto Rico this month included several health panels and meetings. The first was an initial report on Value over Volume 2.0, an update on our first report from 2009 on payment reform for state/provincial/territorial policymakers with tools to both improve quality and control costs. An ACA Roundtable generated a lively discussion among policymakers sharing resources, challenges and solutions. The update from Puerto Rico policymakers was fascinating. Because of the way the ACA was written, residents of Puerto Rico and the other territories are not bound by the individual mandate to have coverage but insurers are bound by all the ACA reforms – which will create an interesting but imperfect test of the mandate’s effectiveness or necessity. Territories are treated differently under both Medicaid and the Affordable Care Act. Puerto Rico was given a capped $925 million allocation, which they will be using to expand their Medicaid program. However the funding expires in 2019. In addition, the Commonwealth will create an affordable state-supplemented health plan for the remaining uninsured.

Sessions were very well attended despite strong competition for attendees attention from the beautiful venue. 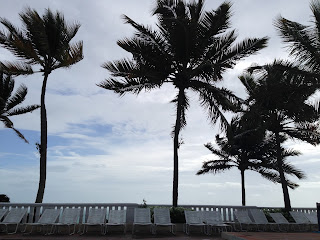